The Most Wonderful Time of the Beer

Celebrating the season with hard work, a little German engineering, and beer

Craft beer lovers wait all year for the little window of time that’s upon us right now.

You know the signs:

The giddy feeling of anticipation. Smiles and laughter and the celebration of tradition and a special time of year. Toasts to good fortune and good friends. Sharing the reward of giving and receiving. The unmistakable fragrances of the season filling the air.

Hop Valley has been doing this fresh hop thing for a while now. It’s a nod to our Pacific Northwest hops-growing heritage. It’s the continuation of a harvest ritual synonymous with centuries of beer-making. It’s a celebration of Hop Valley’s fans and their passion. It’s also a big high-five to our friends at Umpqua Hops.

Their small-but-mighty three-acre hop yard sits on some choice ground in the Coles Valley area outside of Sutherlin, Oregon. Tucked between a massive vineyard and the Umpqua River, the roughly two-dozen rows of hops have been climbing, growing and fattening up in the bright southern Oregon sunshine since spring.

For Cody Parker, owner of Umpqua Hops and the surrounding Melrose Vineyards, these hops have a single, glorious purpose.

So these hops—mostly Centennial but a few rows of Cascade variety—will never be dried and processed into hop pellets like the vast majority of their cousins in the Pacific Northwest and around the world. Instead, the full, fresh hop cones will be hand-harvested and incorporated into Hop Valley’s brewing process within a matter of hours. The key to getting the most from these fresh hops lies in handling them carefully.

“We treat the hops right,” says Eric Dietz, a vineyard manager for Melrose and foreman on the hop-harvesting work.

“We don’t harvest any further than we need to at a time,” he explains. “It’s not like logs where they can sit for a month. The idea is to keep the hops on the bine as long as possible.”

That’s because fresh hops are sometimes termed “wet” for a reason: they’re loaded with moisture and their water content can account for up to 80 percent of their total weight. Pack a couple hundred pounds of fresh hops in a bin, add a little late summer heat and you can guess it doesn’t take long for rot and mildew to start taking hold. Exposure also attacks aroma intensity and rapidly breaks down the alpha and beta acids largely responsible for a hop’s bittering qualities.

That’s never a concern for Hop Valley, though, where these fresh hops will go from the bine to the boil before afternoon turns to evening.

Assuming, of course, they can get them down to the ground first.

Since the hop bines (yep, it’s bines; related to vines but slightly different) have climbed about 20 feet high on cordage carefully placed just for the purpose and have been growing strong and full through the season, they don’t give up their elevated position easily. Pickers use a little technique and a lot of brute force to get the hops down to the ground. Falling on your rear-end isn’t uncommon, especially when first learning, but it’s just part of the charm of harvesting hops the old-fashioned way.

Once hand-harvested, the hop bines are brought to a machine that isn’t far off from one of the fantastical contraptions in a Dr. Seuss tale, right down to its name. The “Wolf” hopfenpfluckmaschine, more than 50 years old and imported from Germany, “sorts and strips” by using a whirling and spinning combination of literally dozens of chains, belts, gears and pulleys attached to a mixture of conveyer belts and screens to send the individual hop cones toward a waiting bin while stems and leaves and debris spit out the other side to be used later for fertilizer.

Near the bin steadily filling with fresh, fragile cones, a flurry of hop vegetation and delicate petals fill the air like some dreamscape summer-time blizzard that smells of delicious, refreshing beer.

On this hazy, warm morning in late August, Trevor Howard—head brewer and co-owner of Hop Valley—arrives to get a first-hand look at the harvest and to personally transport the delicate cargo back to the brewery where it will almost immediately be put in the boil and on its way to craft beer deliciousness. This year, Hop Valley is planning for two batches of Hop Fresh Pale Ale and will need about 800 pounds of fresh, juicy Centennial hops.

“We’ll need two bins of hops for each batch,” says Howard. “And each batch will produce about 60 barrels of beer.”

For those keeping score at home, that’s about 6,500 six-packs of Hop Fresh Pale Ale brewed with all-local hops that went from bine to boil in a matter of hours. And since fresh hops naturally vary a bit from year to year like any crop, the resulting beer is always a one-of-a-kind creation.

“It’s a once-a-year beer,” says Howard. “People love the anticipation of being able to drink something that’s different every year.”

Craft beer fans can hardly wait. They know hop-harvest season is the most wonderful time of the beer. 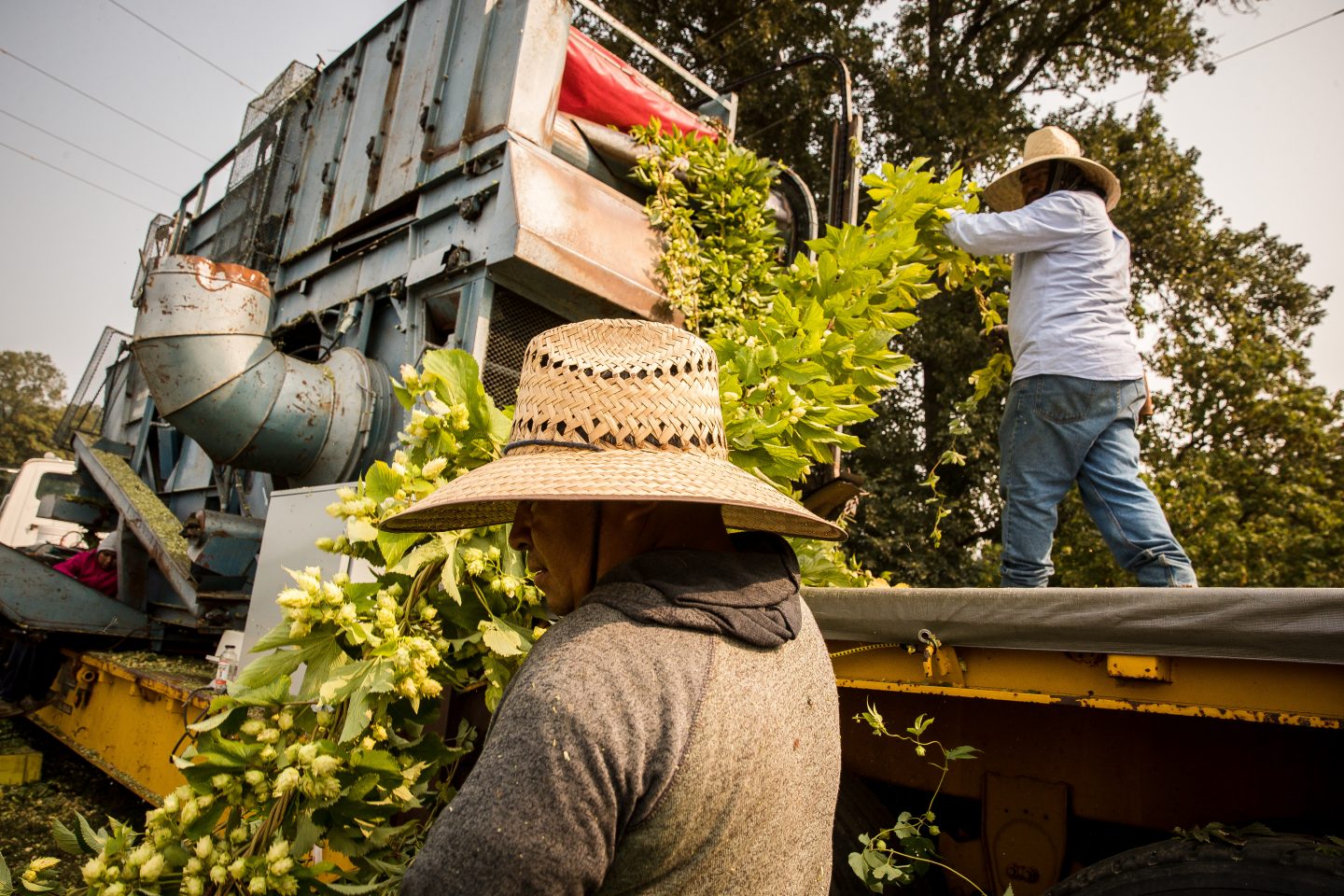 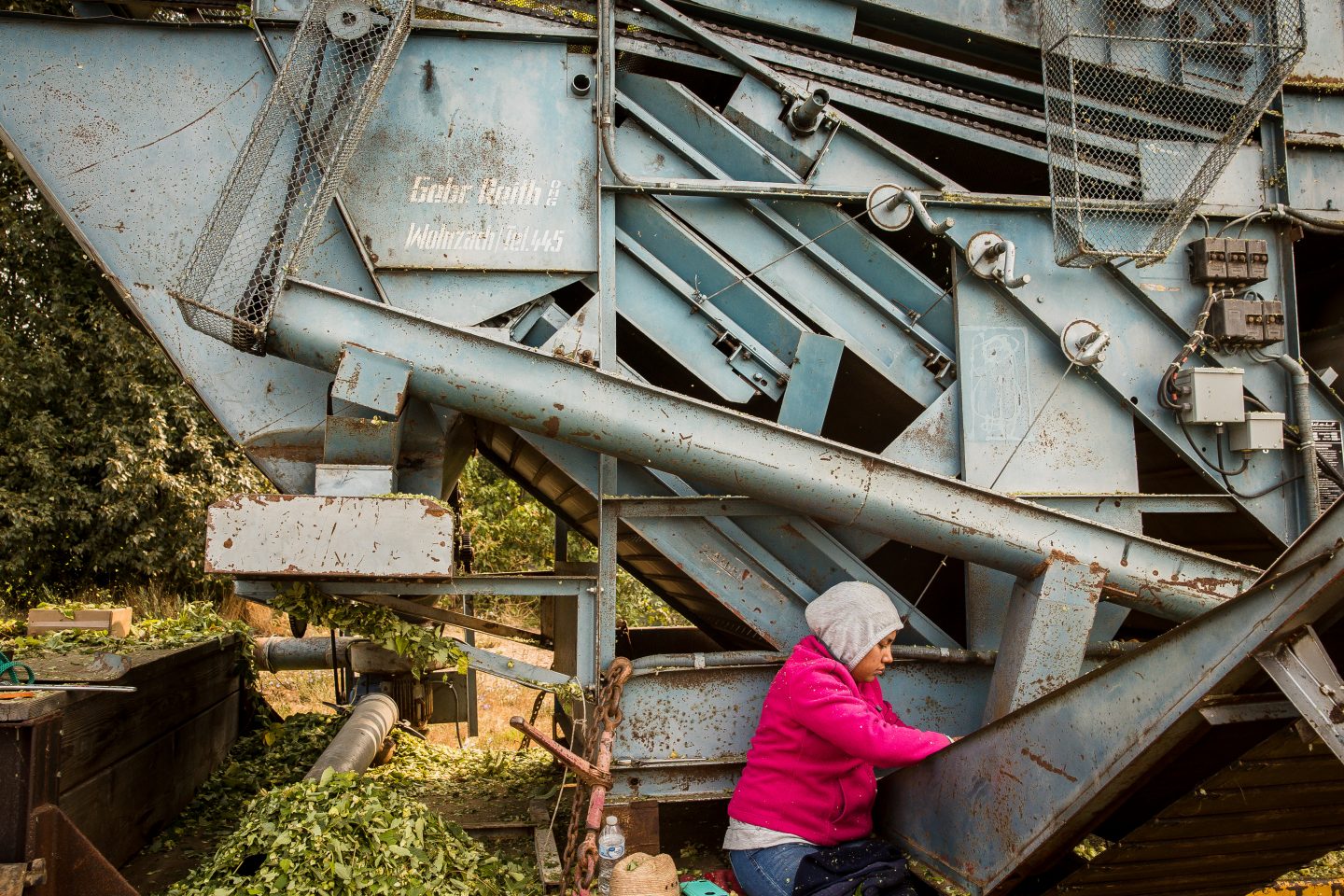 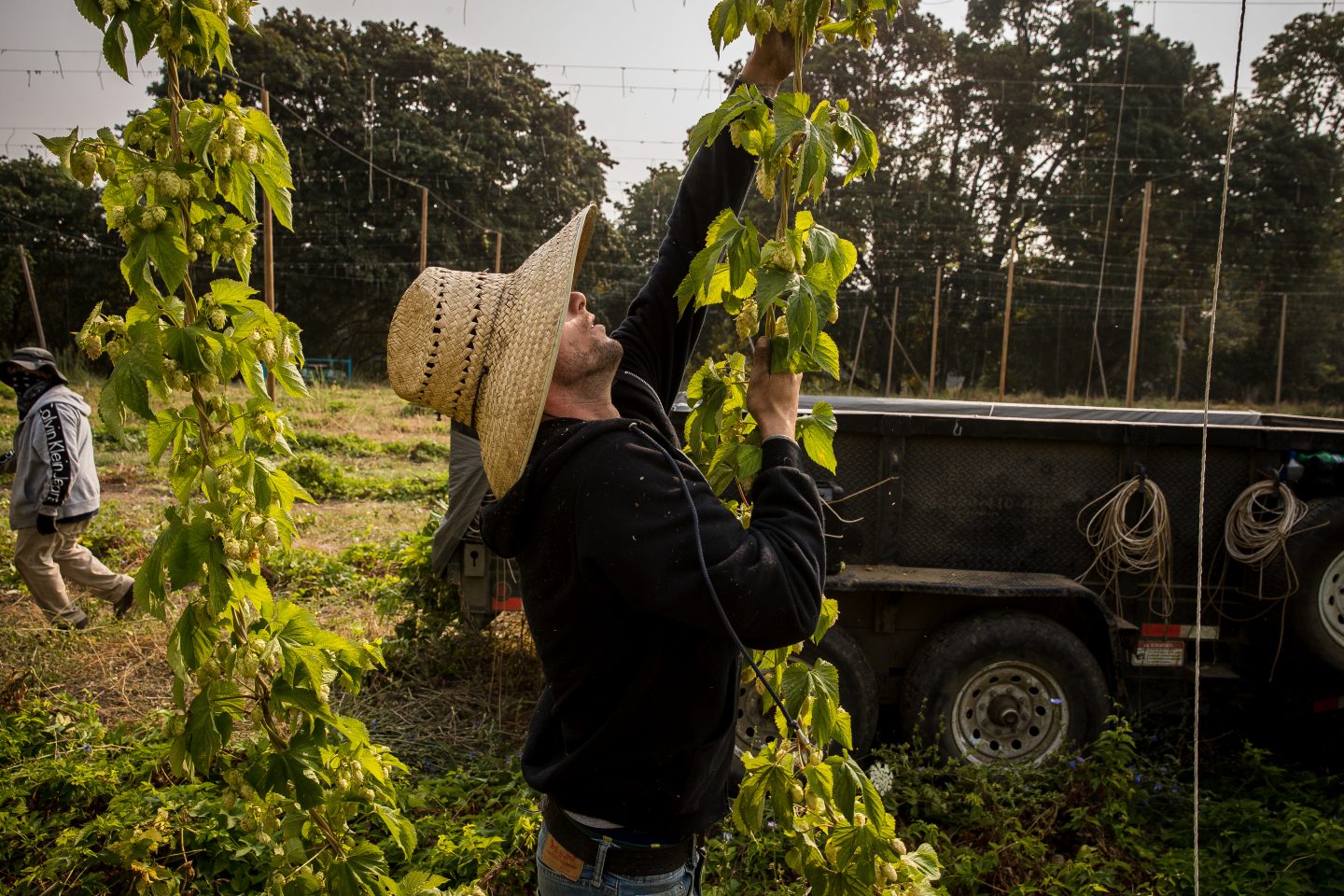 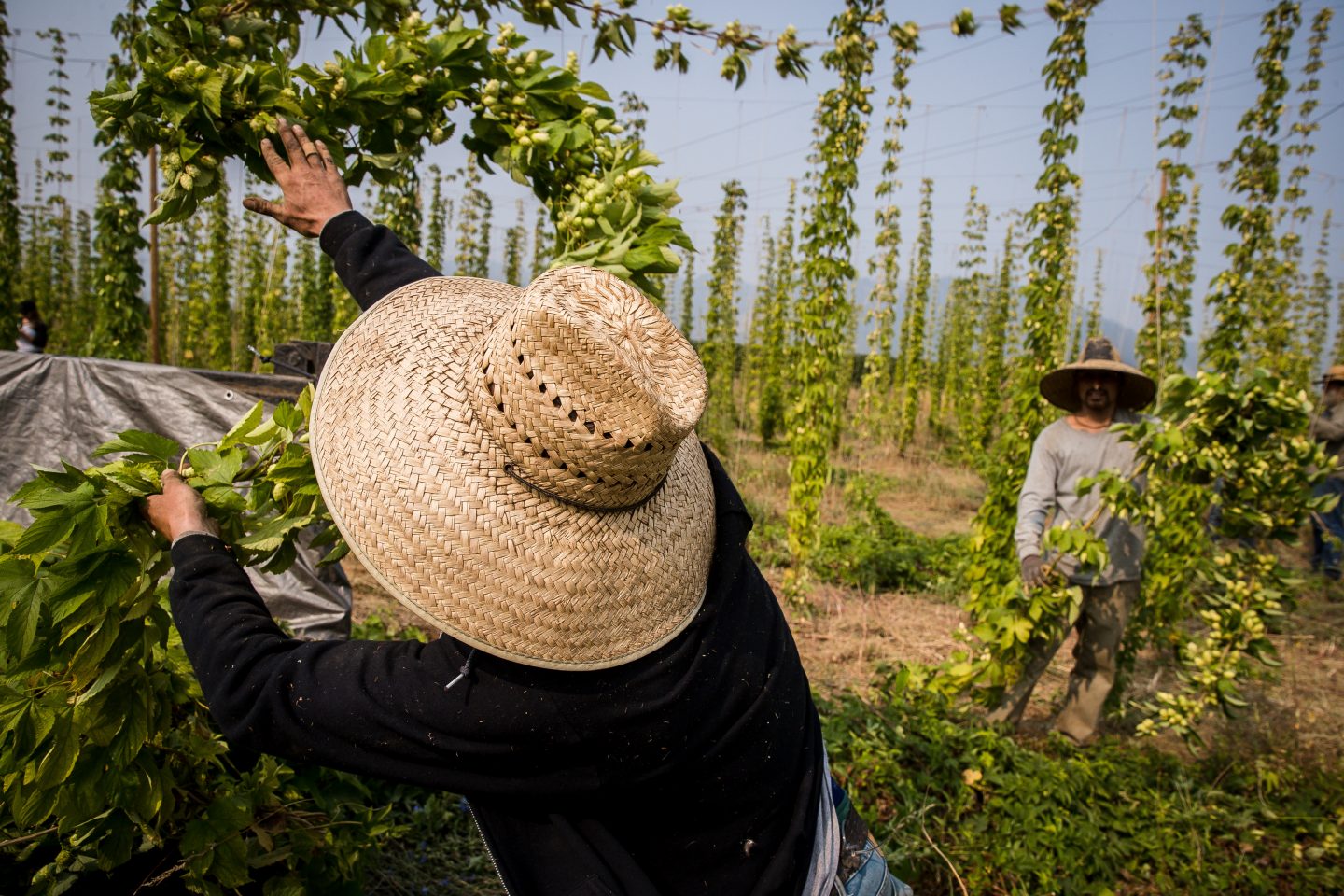 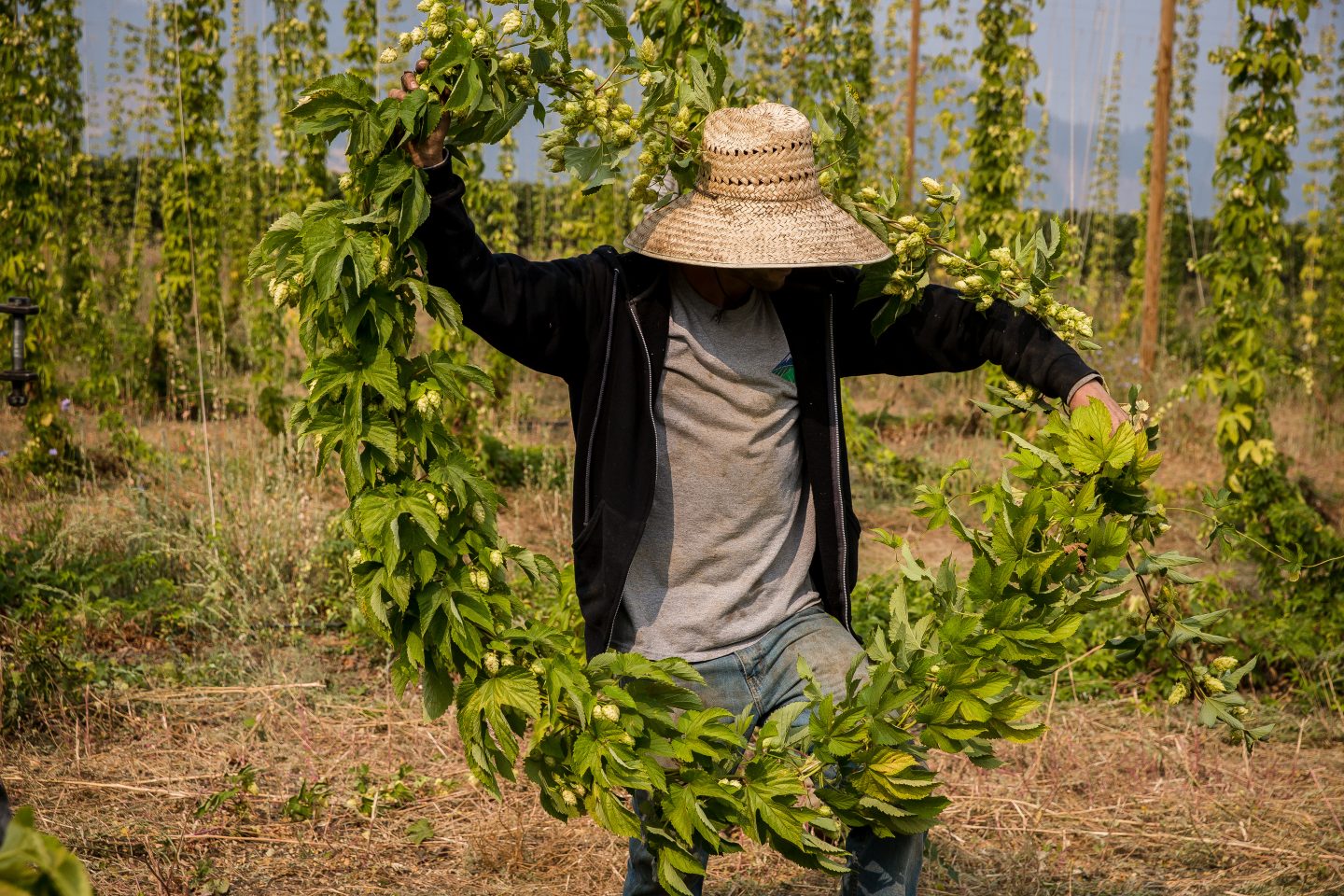 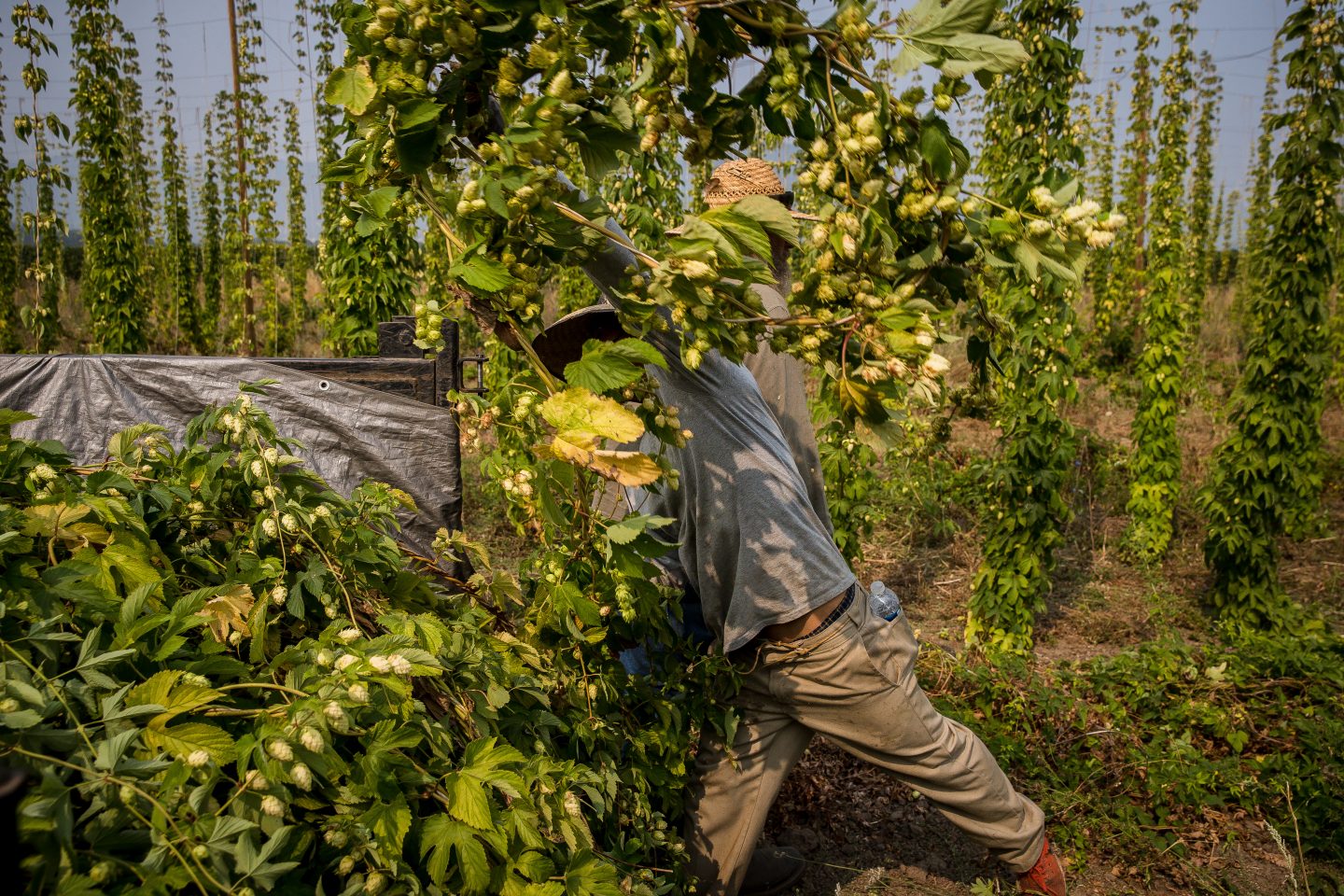 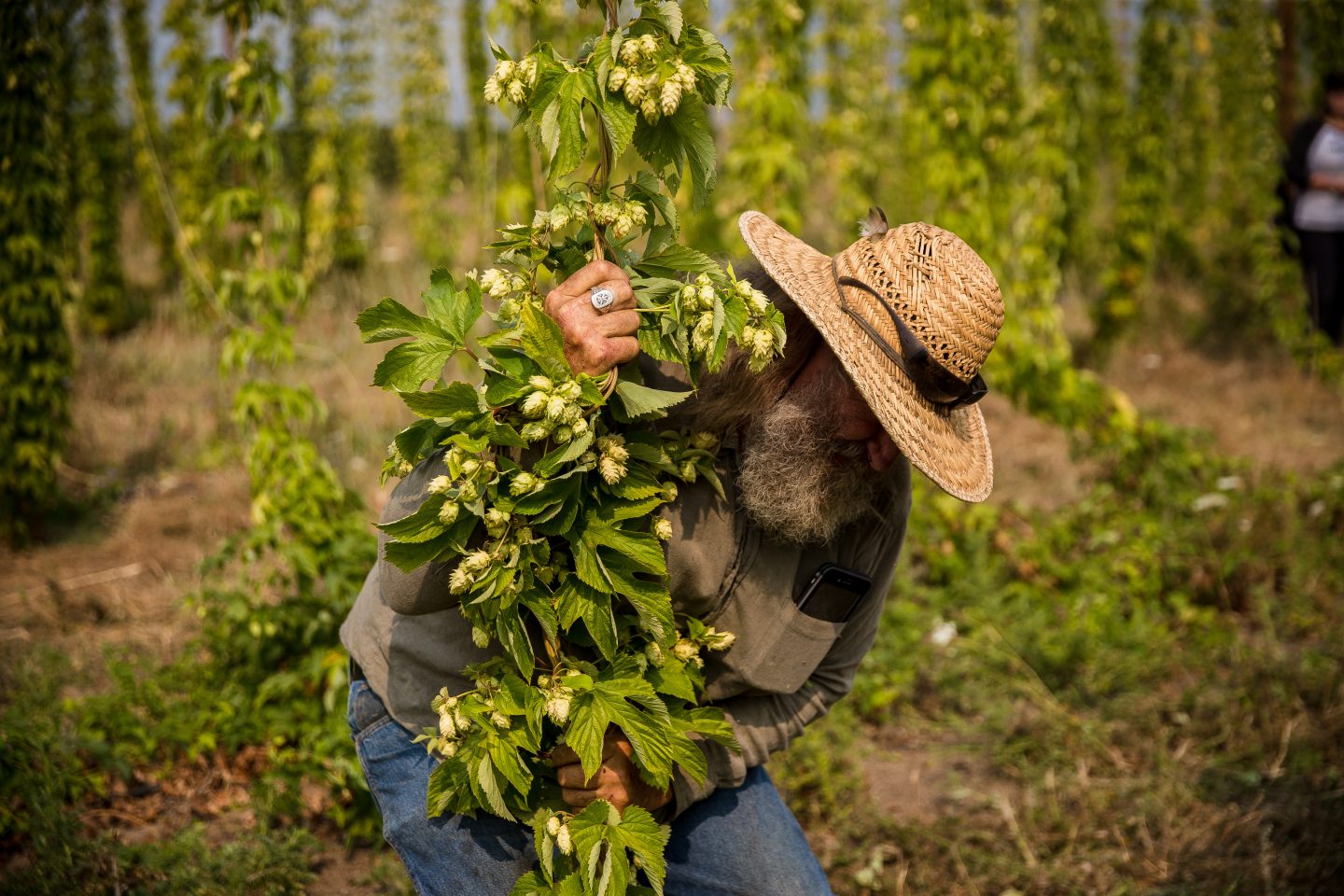 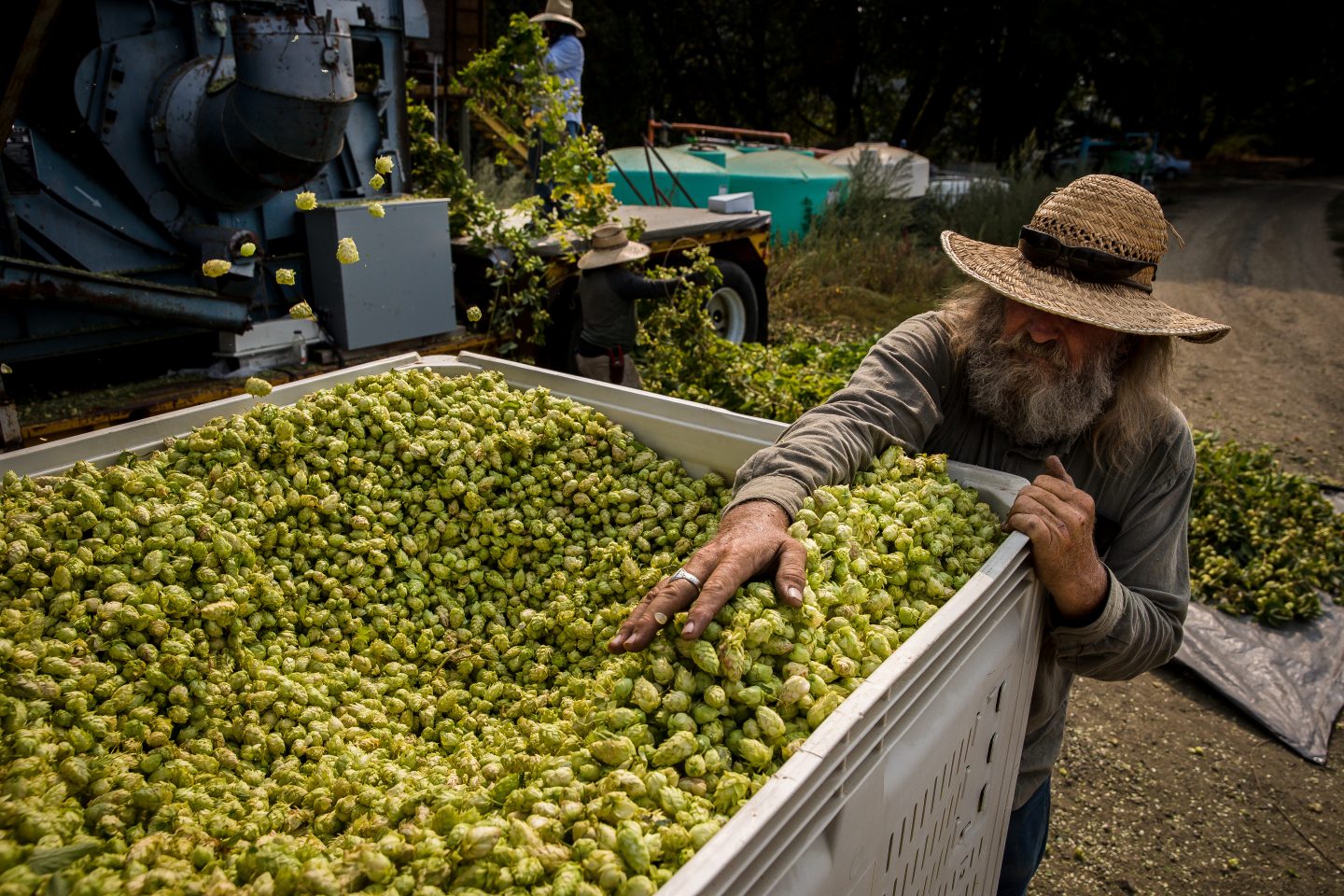 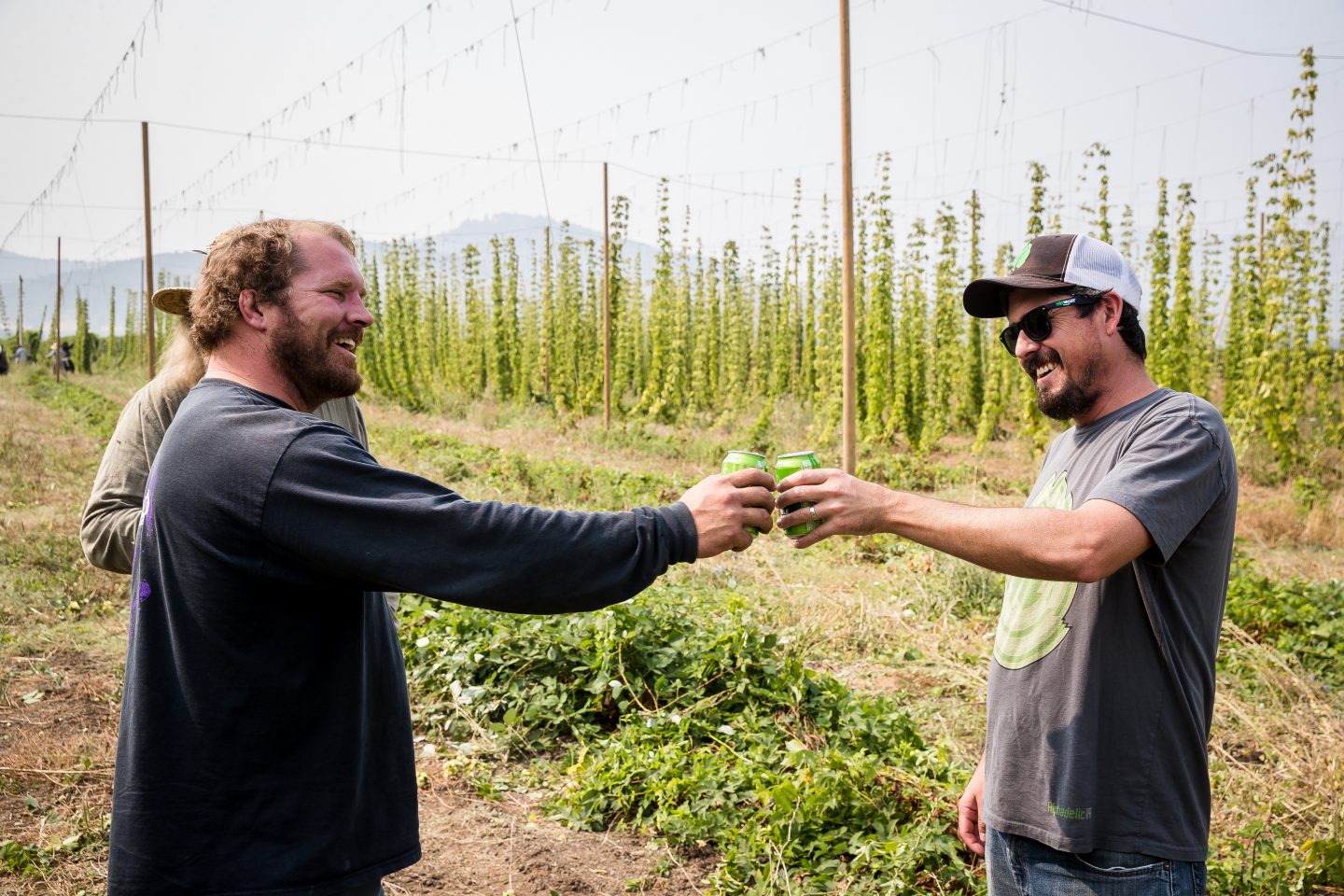 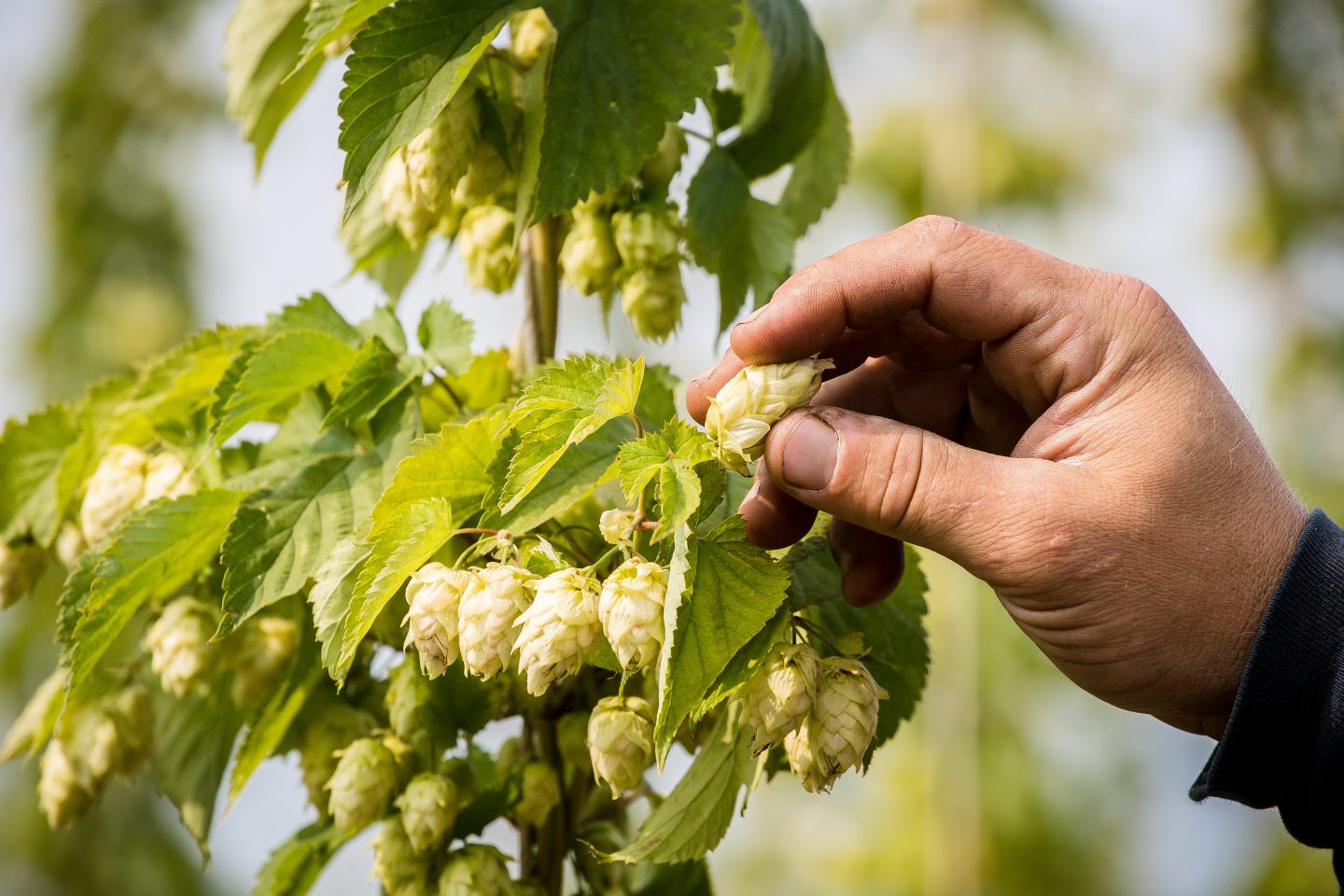 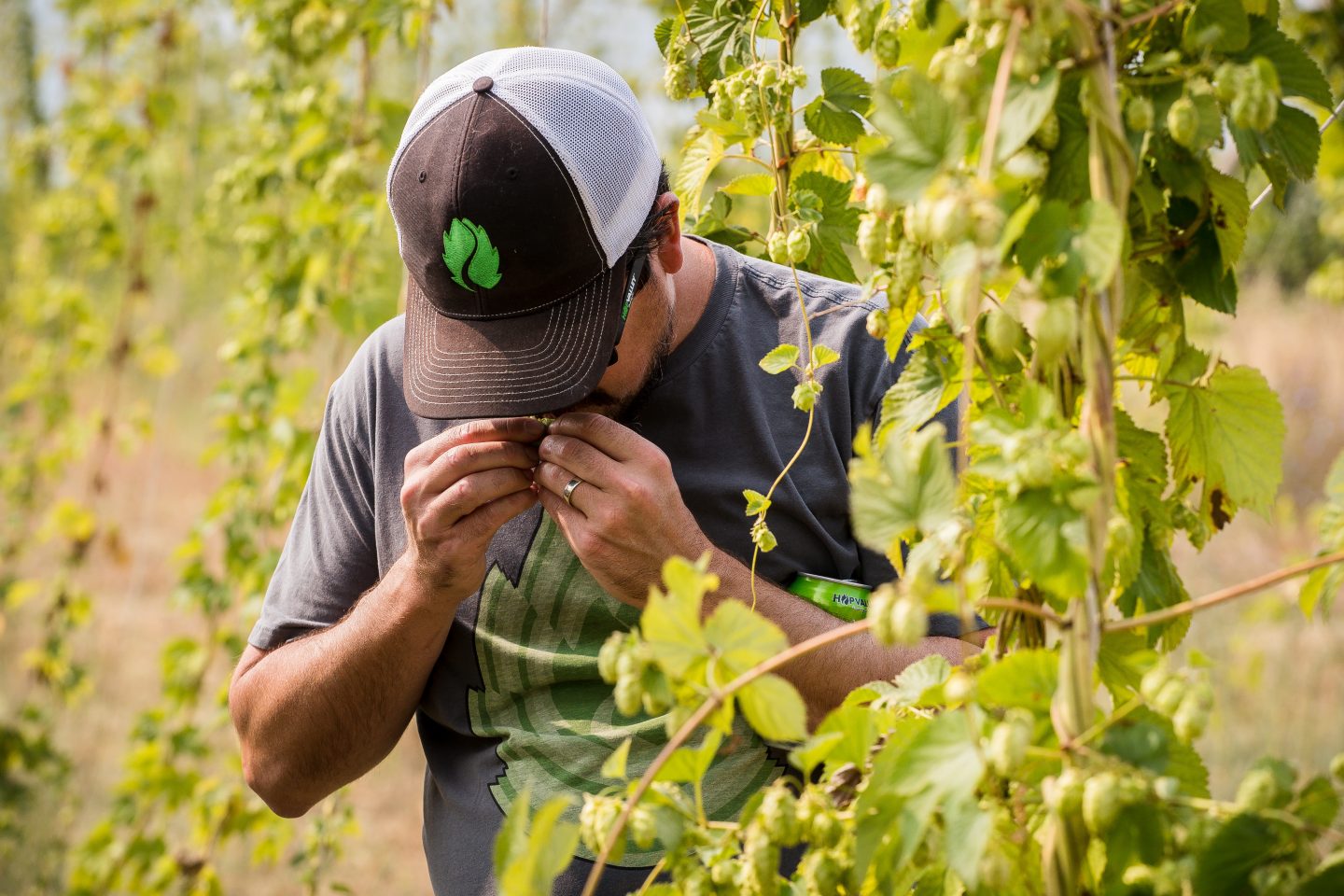 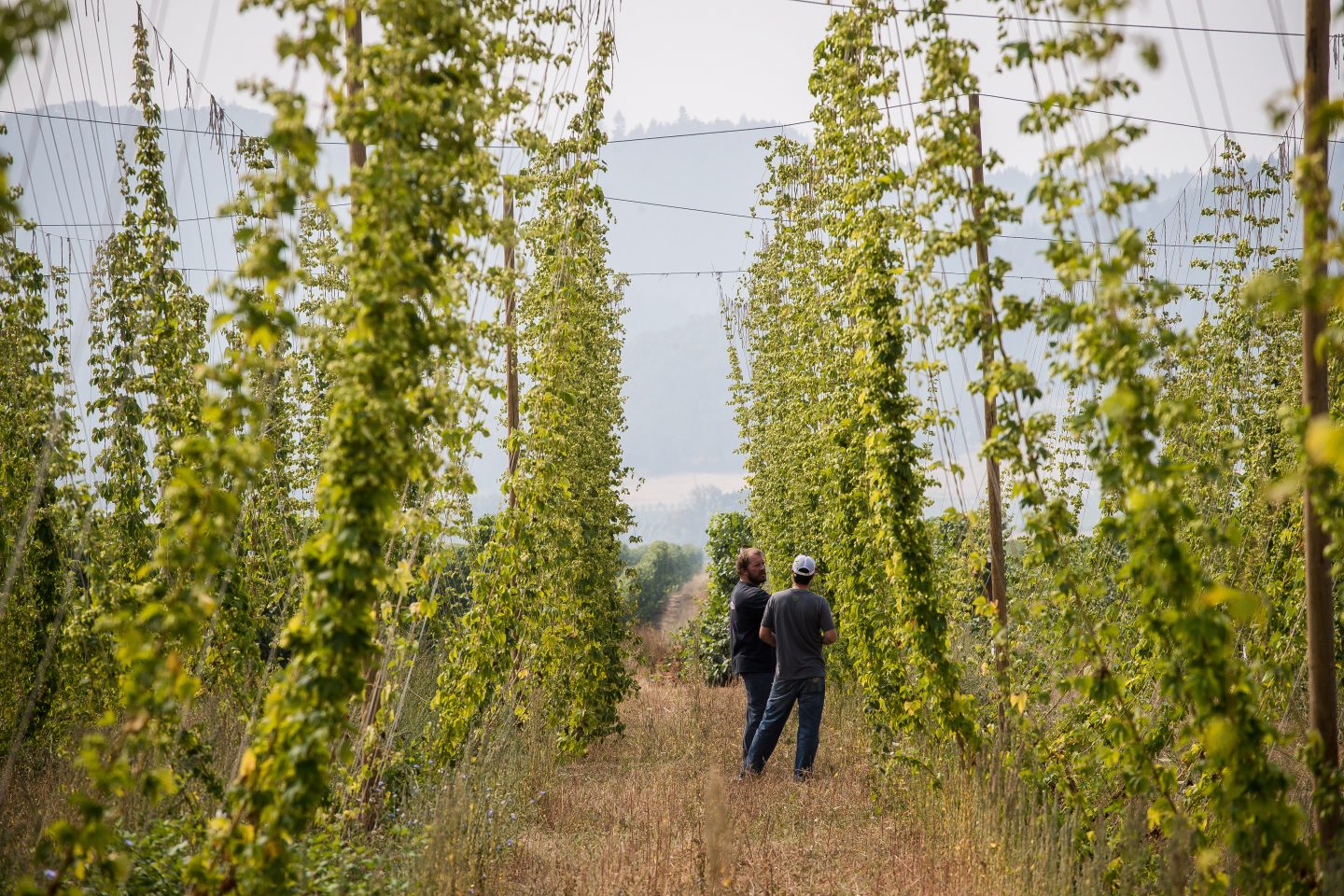 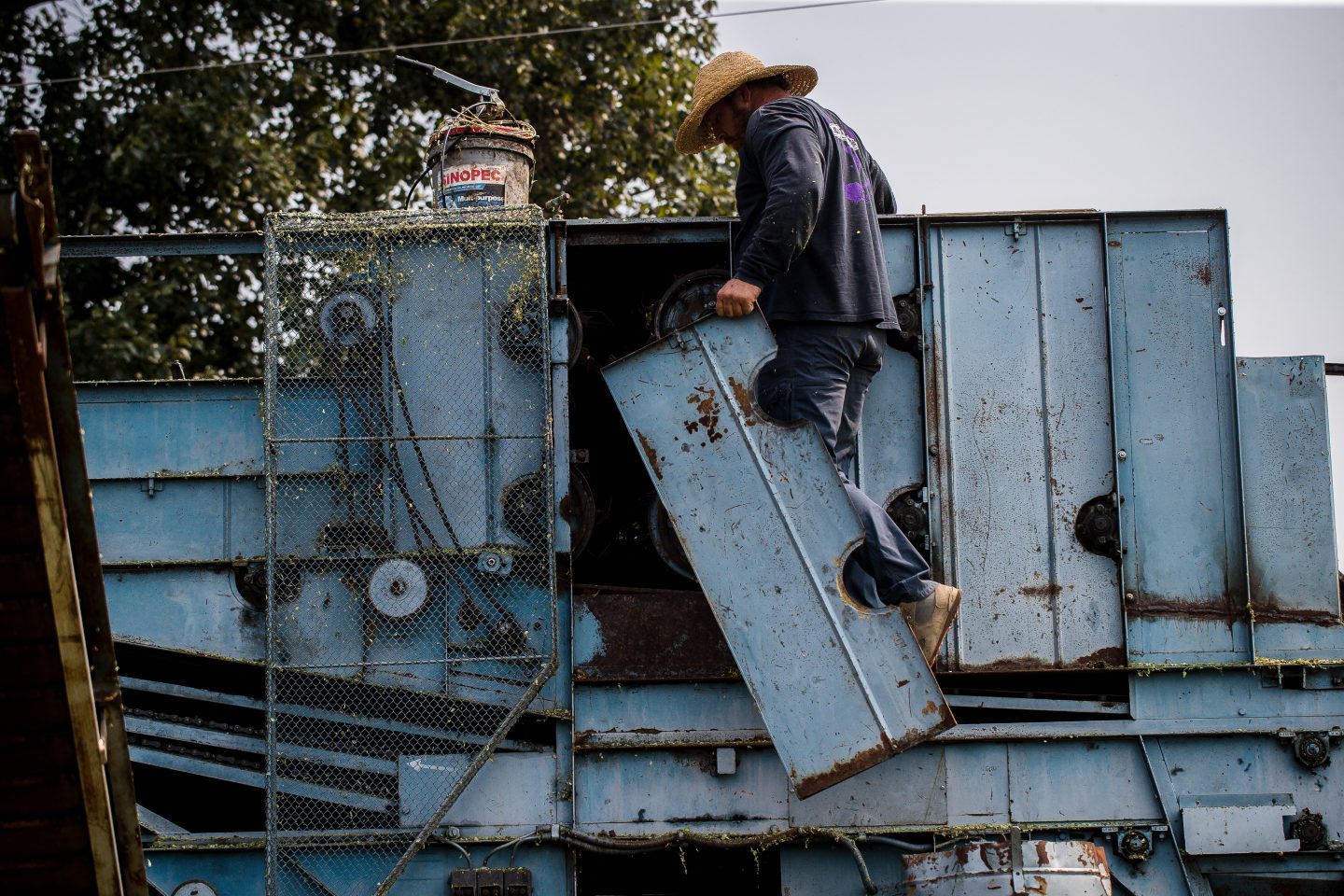 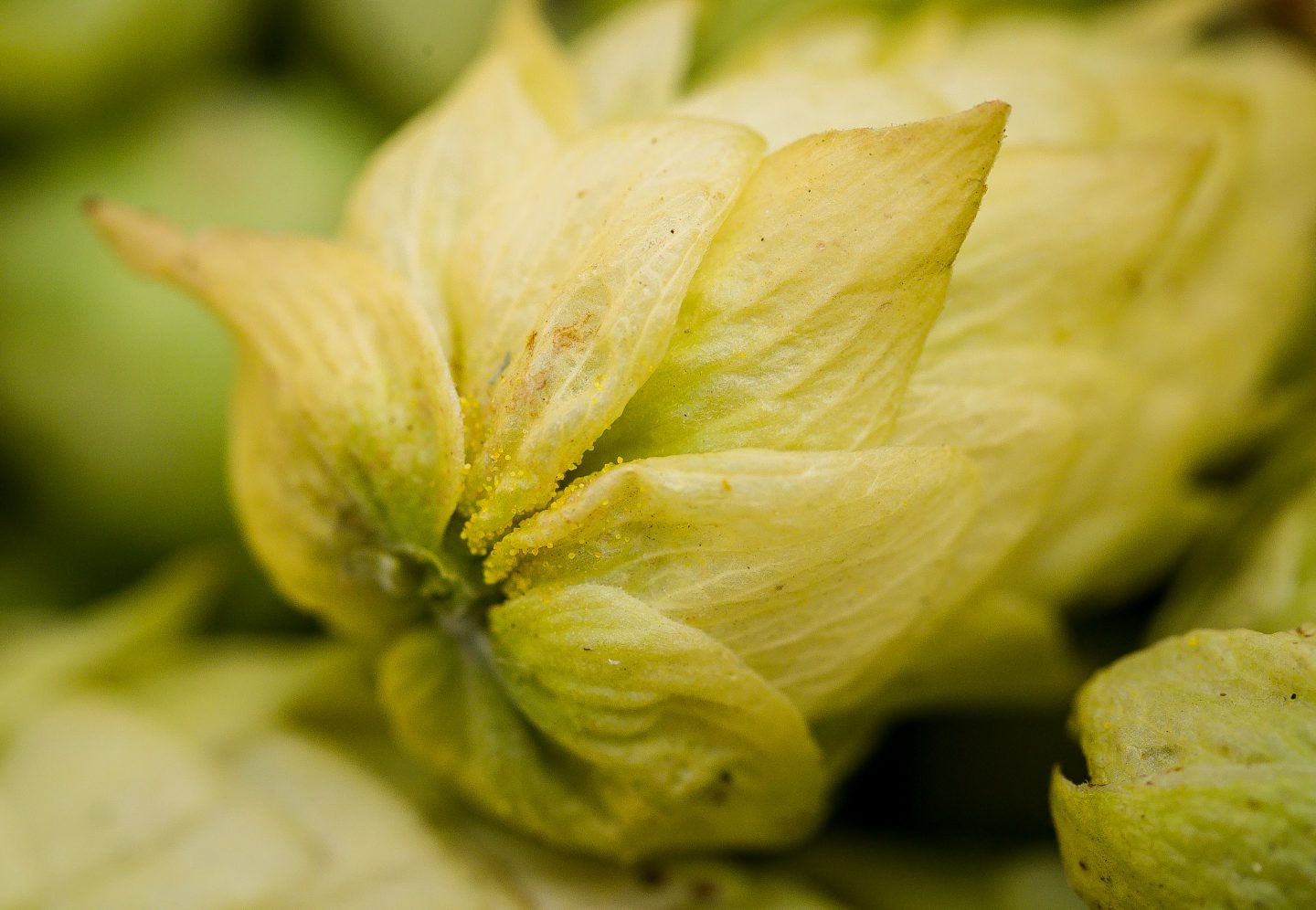 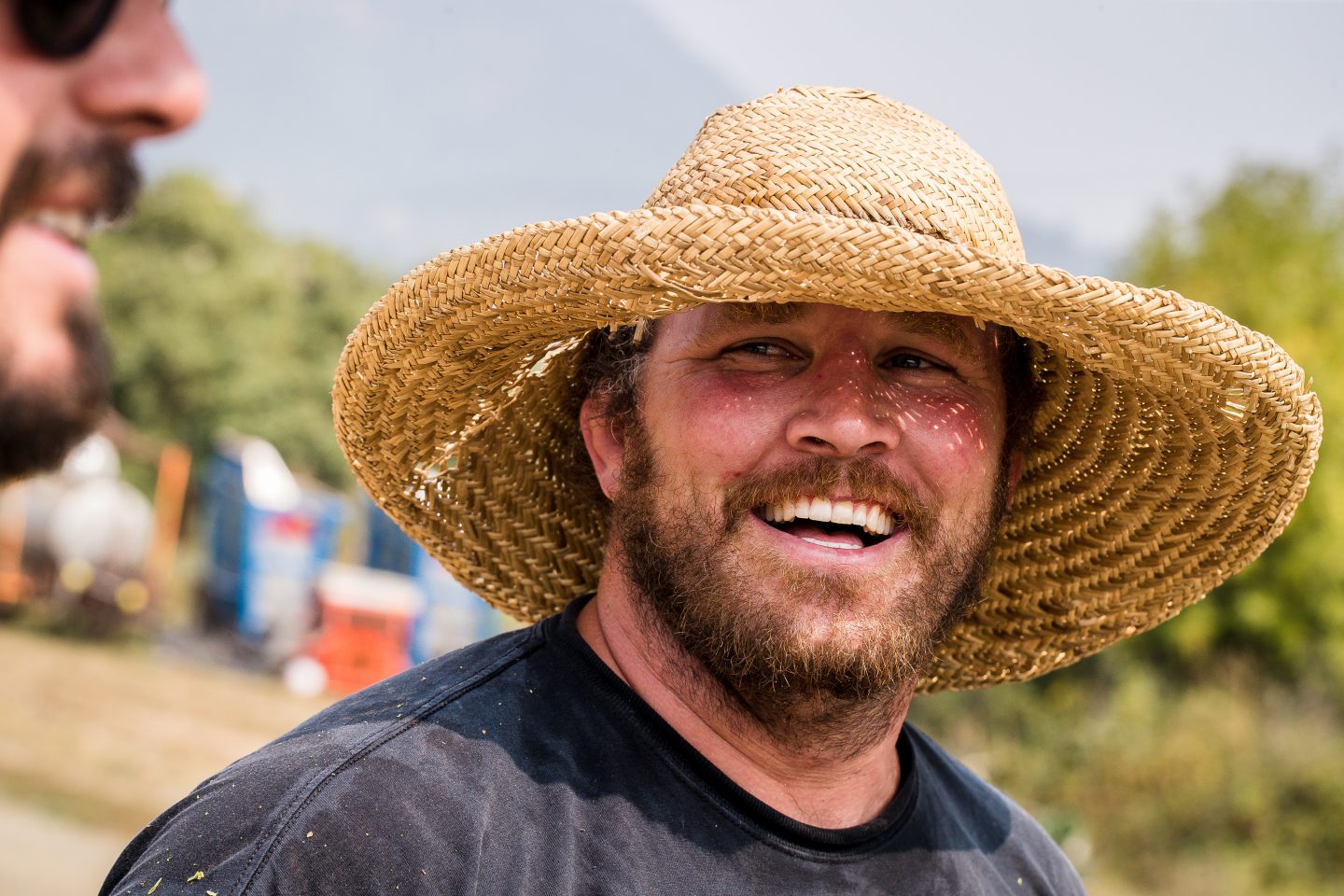 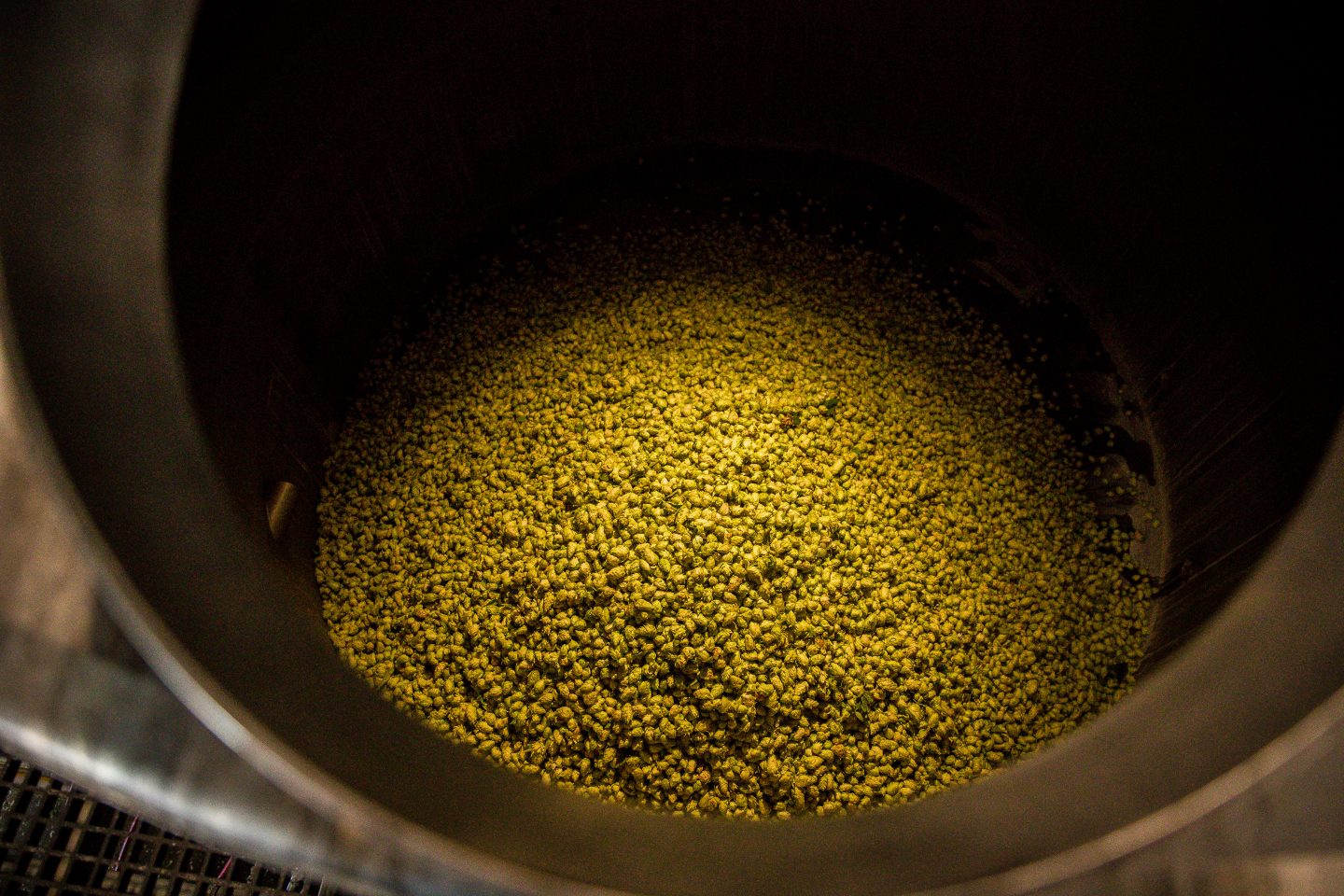 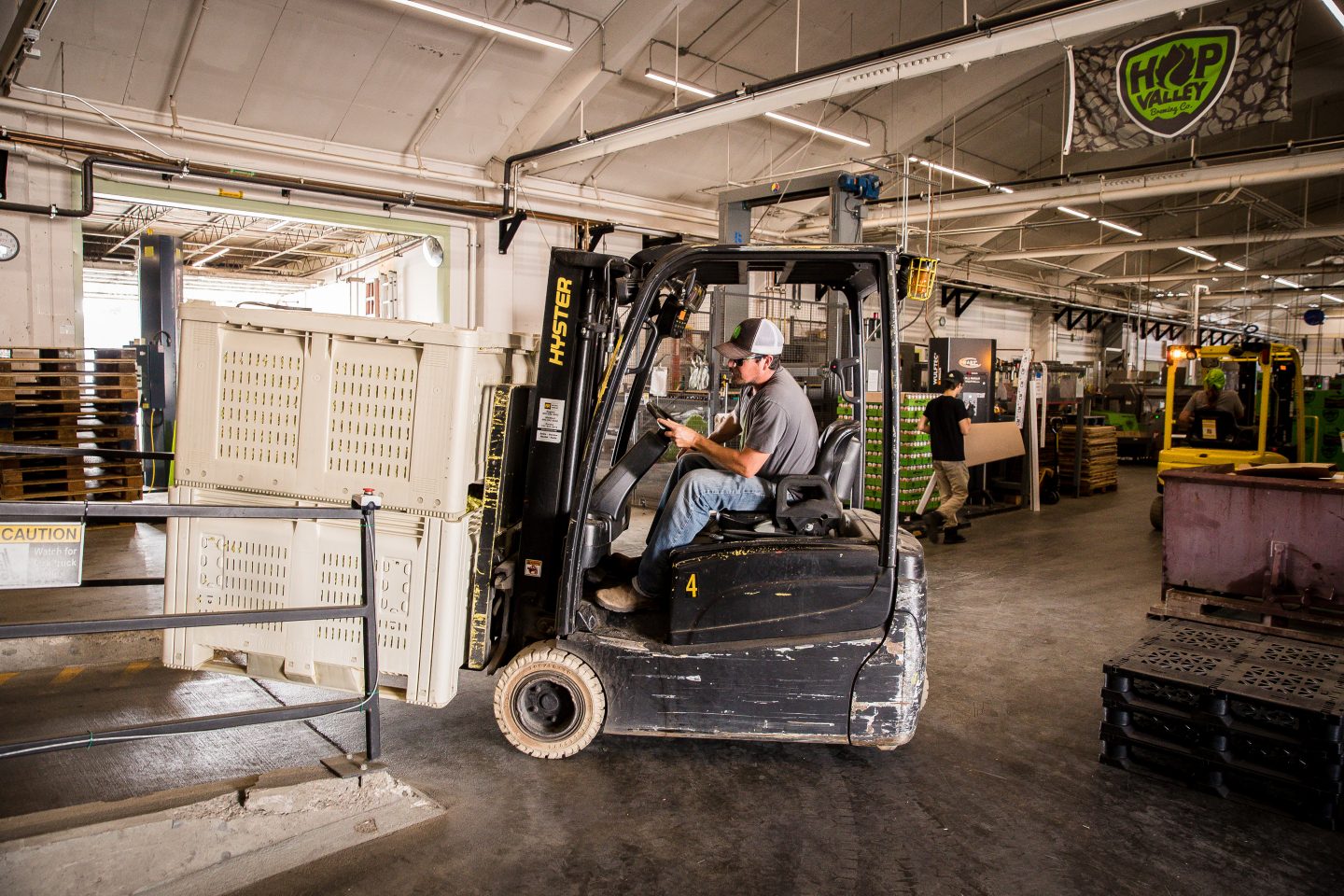