Now available for the first time together, get four Hop Valley IPAs in one variety pack. The Hop Mixer 12-pack has three each of Alphadelic IPA, Alpha Centauri Imperial IPA, Citrus Mistress IPA and will keep enthusiasts guessing with a rotating “mystery” selection for the final three. First up: Macho Libre Imperial IPA.

Each member of this hop-forward power pack boasts genuine craft pedigree from the minds of our hop-crazed brewers. Created with skill, passion and a love for intense beers that remain wonderfully balanced and continually drinkable, you’ll want to mix it up with this collection ASAP.

Alphadelic stands proud as Hop Valley’s first-ever IPA and is exactly the second batch of beer we ever brewed. Composed with the limited variety of hops we were able to secure during the dark days of the Hop Crisis of 2008, this Northwest IPA features a bold hop presence from the first sip to the last. Created by Master Brewer Trevor Howard with Northwest hop lovers in mind, this is the first time fans can get Alphadelic in a 12oz bottle.

Alpha Centuari, our first Imperial IPA, was created by Brewer Todd Friedman to commemorate Hop Valley’s 100th batch of beer. As our brewery approaches batch number 3,000, Alpha Centauri continues to hold its own as one of our top-selling beers and is one of the most popular 22oz bottles in Oregon. Available here in convenient 12oz size.

From the garage of Pilot Brewer Patrick Whiting to Hop Valley’s production brewery comes Citrus Mistress. Award-winning (World Beer Cup® anyone?) and arguably one of the first citrus-style IPAs on the market, this lovely mistress makes friends wherever she goes and continues to rival Alphadelic in popularity and sales.

Inspired by Mexico’s lucha libre (“free fight”) wrestling tradition, Macho Libre is a new-age Imperial IPA that showcases a variety of hops known for their passionfruit notes and tropical aromas. Making its first appearance in a 12oz bottle, Macho Libre will be featured exclusively in the Hop Mixer pack for a limited-time only.

Perfect for sharing with friends, family, coworkers, neighbors and people you barely know, look for the Hop Mixer IPA variety pack in stores near you. Grab a box or three and get in the mix! 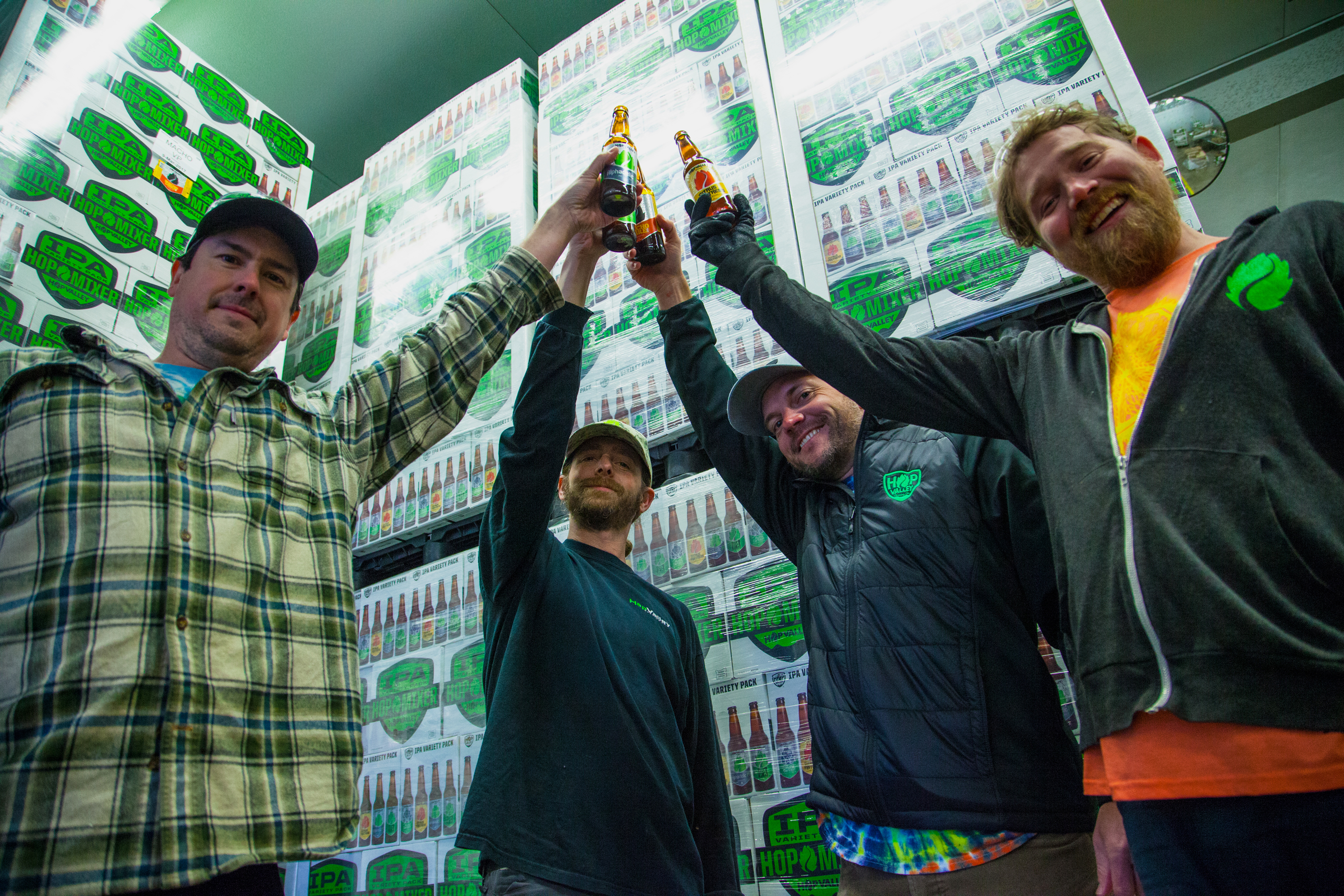