Buy Me Some Peanuts and…Beer

Baseball and beer have enjoyed a long and beautiful relationship. From the familiar call of “Ice cold beer here!” as vendors shuffle up and down the aisles to legends of The Bambino’s all-night binges and Wade Boggs’ supernatural beer-drinking stamina, baseball and beer just go together. Heck, Major League Baseball’s Milwaukie Brewers are the only team in American professional sports to quite literally celebrate and honor the craftspeople behind all the delicious beer we enjoy.

Hop Valley has a heartfelt connection to the tradition of beer and baseball. From our home plate of Oregon, we’ve been supporters of the Eugene Emeralds Class A minor league team and both University of Oregon baseball and softball almost since our first batch came out of the conditioning tank.

So you can imagine our excitement when, after years of honing our craft and perfecting our skills, Hop Valley got the call to step up to the plate. We finally made it to “The Show.” The big leagues. The majors. Professional baseball, and a dream come true.

First it was the American League Seattle Mariners and Safeco Field that wanted to load up the bases with our lineup of deliciously heavy hitting craft favorites. After more than a few grand slam performances there, the National League San Francisco Giants and AT&T Park extended an offer. Luckily for us and craft beer fans, we’re not a shortstop or an outfielder so we get to play in both places at once.

Our only stipulation for signing on in Seattle and San Francisco was that we get to swing for the fences and offer something fun and unique that’s not even in the ballpark of your regular bush league concession stand. The result? The Hop Valley Hop Box. Sure, it took some effort to get them in place and seeing them hoisted into the air by a truck-mounted crane was as exhilarating and nerve-wracking as a classic Game 7, but it was all worth it. These up-cycled shipping containers knock it out of the park and bring the whole Hop Valley vibe to America’s pastime, complete with Hop Valley green exterior and some killer neon signage. 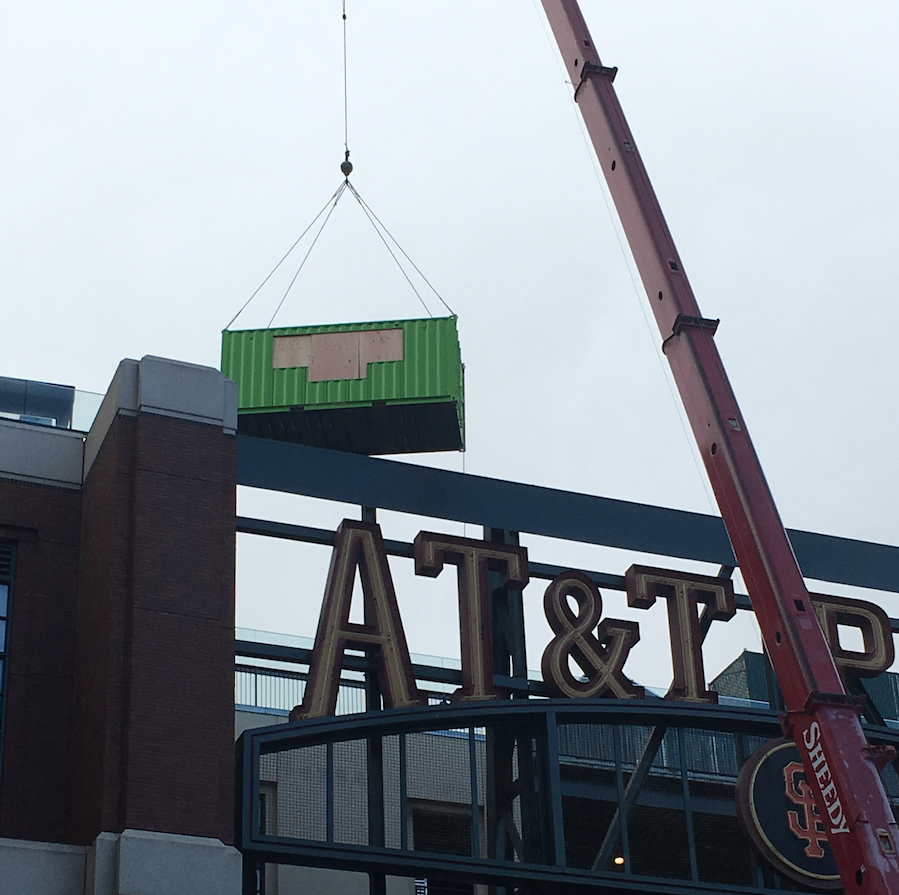 Oh, and of course each Hop Box has your bases covered, jam-packed with wonderful Hop Valley beer straight from Oregon. At Seattle’s Safeco Field, you’ll find Solid Baby IPA, Blonde Ale and Reveal Pale Ale on draft, along with cans of Citrus Mistress IPA and Light Me Up Lager. For those taking in a game or double-header at AT&T Park in San Francisco, Citrus Mistress IPA, Alphadelic IPA, Solid Baby IPA, Blonde Ale, Light Me Up Lager and Reveal Pale Ale are all on draft.

And next Thursday, August 17, to help celebrate our Bay Area major league debut, we’ll be offering a free Hop Valley hat to the first 250 people (21-and-over please) to visit the Hop Box inside AT&T Park as the San Francisco Giants take on the Philadelphia Phillies. So take yourself out to the ballgame, grab some Hop Valley swag and enjoy some amazing craft beer that won’t throw you a curveball.